I have been gratefully asked to do a support slot December 12th supporting Mick Ralphs from Bad Company/Mott The Hoople!!!

“He formed Bad Company with Paul Rodgers, Simon Kirke and the much-mourned Boz Burrell. If any band was the blues rock blueprint, it was Bad Co.” “He’s still in Mott The Hoople and Bad Company. And, in between sold-out world tours, he explores his blues and R&B roots – kids that’s PROPER R&B, not that weird throat-warbling stuff

– with the Mick Ralphs Blues Band.” 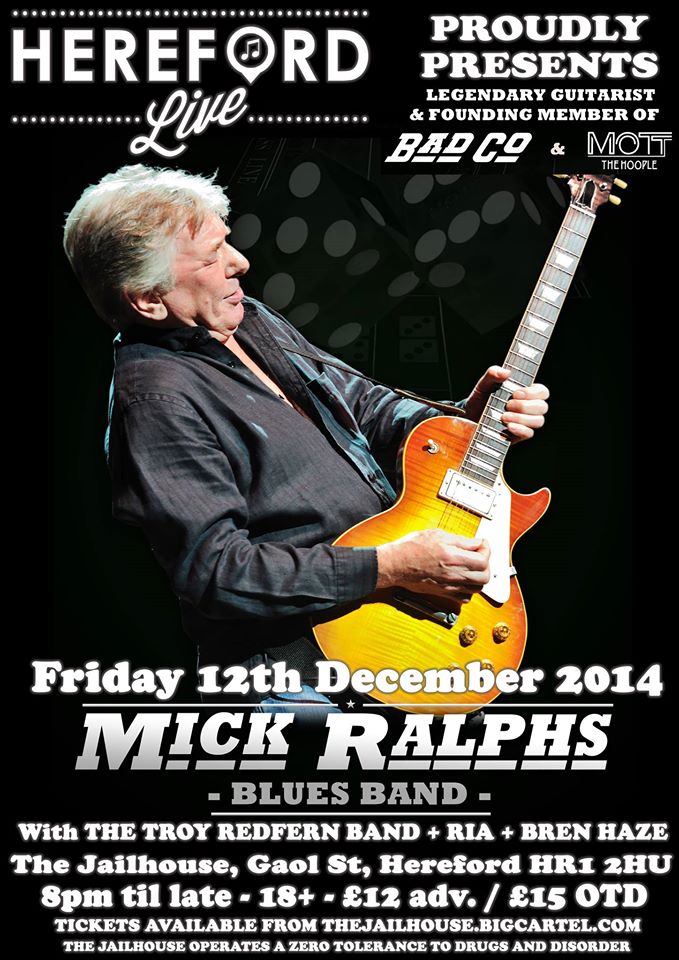 Thank you again for your loyal and continuing support.
Bren